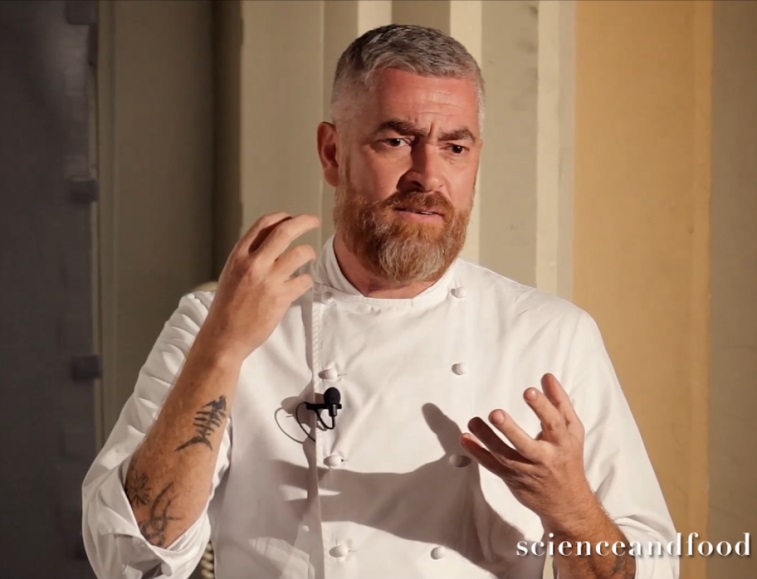 Chef Alex Atala joined Science & Food to discuss his approach to food, how his cooking has been impacted by science, and how cooking is fundamentally tied to larger issues of natural conservancy and humanitarianism. Atala is renowned for pioneering regional cuisine using indigenous Brazilian ingredients and works closely with anthropologists and scientists to discover and classify new foods from the Amazonian region. Watch the entire lecture or check out some of the shorter highlights below.

On creativity, innovation, and a vegetarian tasting menu

Atala tells the story of a small rice producer in Brazil who, unable to compete with big agribusiness, turned away from traditional white rice and started growing black rice. At the time, black rice was thought to be “diseased,” and many laughed at the producer for growing such an undesirable commodity. But Atala disagreed – he met the producer, tried the black rice, and started cooking with it. He began sharing with other chefs and showing it to the media. By embracing black rice and using it in a new way, Atala was able to change the producer’s life.

Tucupi is a traditional Brazilian sauce prepared from lightly fermented manioc juice. Because yellow manioc contains high levels of poisonous hydrogen cyanide, it must be boiled for an entire day to make it safe to consume.

“In Brazil, we have manioc, yucca, it’s very important for us. We have two families: the white one who is friendly and the yellow one who is poisonous. Natives prefer the poison one . . . it tastes better.”

On mandioca and the challenge of being simple

On cultural interpretations and eating insects

“I was very deep in Amazonas, and I went to a tribe, and an old lady gave me a small sauce with a few ants inside . . . and I tasted it and said ‘Wow, beautiful. What herb do you put in here?’ And she looked at me and said, ‘Ants.’ . . . There’s this beautiful taste . . . cardamom, lemongrass, ginger. We didn’t have these flavors in Amazonas . . . I went back to Amazonas with my lemongrass, my ginger, and I made the same sauce, and I gave it to her to taste. And she tasted it: ‘tastes like ants!’”

On priprioca and discovering new ingredients

Atala has worked with scientists in the cosmetics industry to analyze the components of priprioca and evaluate its safety as an edible ingredient. He hopes that Amazonian natives will soon be allowed to produce and sell priprioca essence to restaurants and food companies.

“I was in the lab working, and I look at the analysis of priprioca, and I say ‘maybe this can be edible.’ … [we] put it in a chromatographer and made the analysis, and there are  no alkaloids and no representative toxic levels . . . So we started to use it.”

On our relationship with food

“My prep doesn’t start in my kitchen, it starts with natural conservation. It’s clear protecting the river, the sea, the lands, the fields, the forests—but we can forget a natural being, called a human being. People from the forest, from the sea, from the lands, from the fields must be supported as well. Our relation with food must be reviewed.”

The Science of Pie