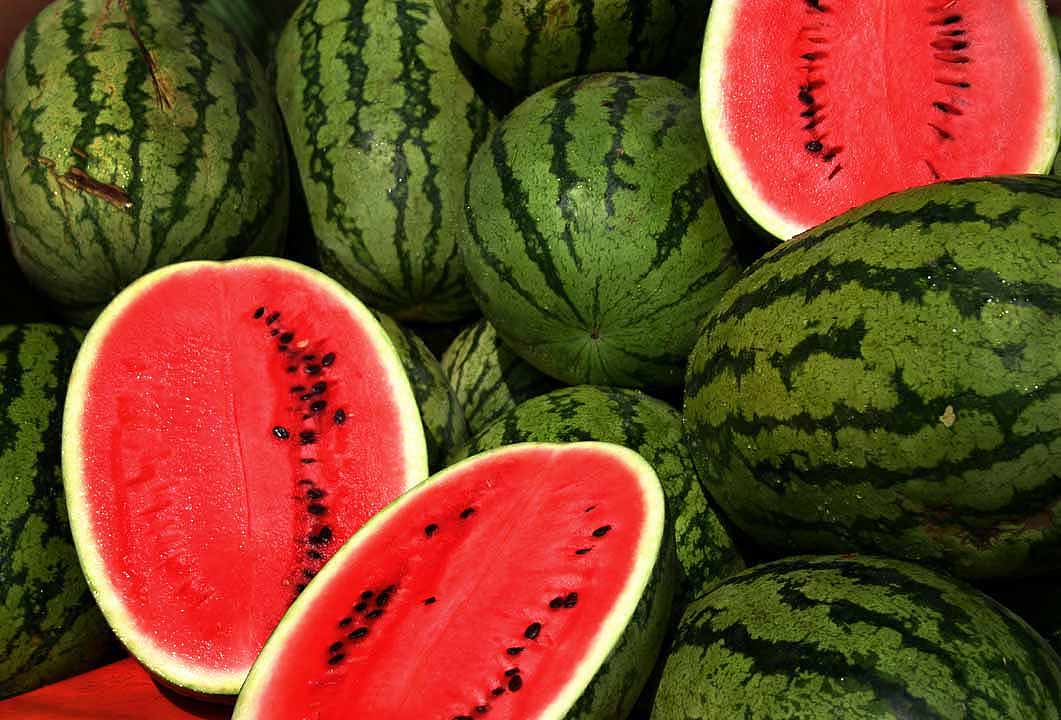 Nothing says “summer” quite like a big, juicy slice of watermelon. Even if you prefer it charred on the grill or blended into an icy agua fresca, watermelon is one of the best ways to beat the late-summer heat.

So what gives watermelon its refreshingly delicate flavor?

Turns out the answer is pretty complicated. Over the last few decades, scientists have identified dozens of flavor and aroma molecules that contribute to watermelon’s unique taste [1].

And here’s an interesting twist: a watermelon’s flavor has a lot to do with its color. Chow down on a yellow ‘Early Moonbeam,’ a pale ‘Cream of Saskatchewan,’ or a deep red ‘Crimson Sweet’ and you’ll likely notice different flavor profiles for each melon. For example, the classic color of red watermelons comes from lycopene, the same molecule responsible for the color of red tomatoes. When lycopene breaks down, it forms key flavor compounds such as lemon-scented citral.

Orange melons don’t have much lycopene, but they make up for it with extra beta-carotene. This chemical – the same one that makes carrots orange – leads to a completely different set of flavor molecules, including floral beta-ionone.

The chemistry of watermelon flavor is clearly complex, but scientists are still searching for individual molecules that mimic watermelon’s characteristic taste.

Most recently, a study identified a single molecule – dubbed “watermelon aldehyde” – that has a very distinct watermelon aroma [4]. Unfortunately (or fortunately, depending on your perspective), the molecule is too unstable to be used as a food additive. So for now, artificially flavored “watermelon” products will just have to keep on tasting nothing like watermelon.

About the author: Liz Roth-Johnson received her Ph.D. in Molecular Biology at UCLA. If she’s not in the lab, you can usually find her experimenting in the kitchen.