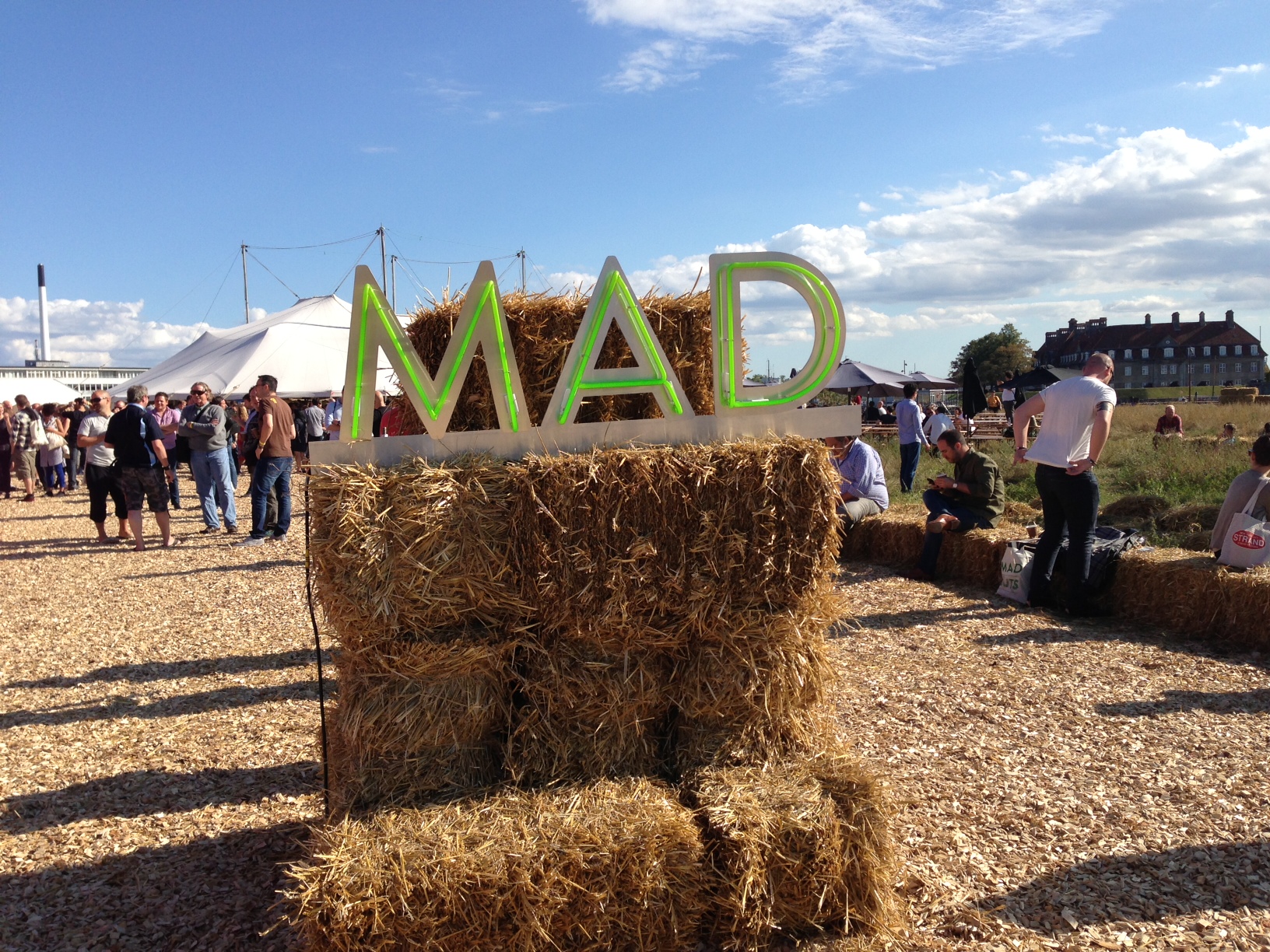 Last month, the third installment of MAD took place in Copenhagen, Denmark. MAD—Danish for “food”—is an annual symposium that brings together world renowned chefs, scientists, writers, and other notable luminaries to discuss and share stories about all things food-related. Hosted by Rene Redzepi and the MAD and noma team and co-curated by Momofuku’s David Chang and Lucky Peach magazine, this year’s symposium focused on “guts,” both in a literal and metaphorical sense.  Here are ten things (among many!) we learned from our visit to MAD 2013:

A normal tasting menu at noma contains 433 ingredients whereas an average home-cooked meal contains 17 ingredients. –Chris Ying, editor-in-chief of Lucky Peach, on the production of meals used in his study of the environmental impact of restaurants.

A mother’s milk has an ingredient (oligosaccharides) that cannot be digested by the mother or infant. The sole purpose of this ingredient is to feed the bacteria in the infant’s colon. –Heribert Watzke, a food scientist from Switzerland, on the development of the ‘gut’ in an infant.

Is killing 99.9% of bacteria a desirable thing? Humans coexist with bacteria. In fact, there are 10 bacteria per human cell in our bodies. –Sandor Katz, a fermentation revivalist from Tennessee, on the prevalence of anti-bacterial dispensers in public locations.

Production of one meal for one diner (25+ courses) at noma results in 24.7 kg of CO2 equivalent emissions, compared to 8.5 kg for a three-course meal at Frankies (an Italian restaurant in NYC), and 7.5 kg for a similar home-cooked meal. By the start of MAD 2013, Rene Redzepi and his team at noma had lowered their CO2 equivalent emissions to 17.6 kg by making one phone call and switching their electricity supplier to one that utilized renewable energy sources. –Chris Ying, editor-in-chief of Lucky Peach, on the environmental impact of restaurants.

“Greenland is a sleeping giant that’s waking up with a hangover and it’s not pretty.” –Jason Box, a glaciologist from Denmark, on the potentially exponential increase in global warming as a result of “dark snow”—soot from wildfires captured in snow and ice within the Greenland Ice Sheet that raises solar energy absorption.

Nearly 95% of cotton produced in India has been genetically modified as a result of Monsanto’s and other GMO-seed-promoting corporations’ “blind violent technologies,” a system that has prevented seed-saving and instilled a culture of dependence on GMO seeds. More than 280,000 farmer suicides were reported in India due to debt and seed-related monopolies. –Vandana Shiva, an environmentalist from India, on the impact of GMOs and why she made the decision to advocate against “a world where five companies controlled all life on Earth.”

11,000 –Martha Payne’s father on the number of emails received within 24 hours after Martha’s blog documenting school lunches was shut down by school officials.

£115,000 –Martha Payne’s father on the amount of money donated to Martha’s JustGiving page within two days after her blog was shut down with all proceeds going towards building a school kitchen in Malawi.

“I won’t let this stop me. I will start clean up tomorrow.” –Ahmed Jama, chef and owner of the Village restaurants in war-torn Mogadishu, Somalia, after being hit by a third suicide bomber attack earlier this month. Jama’s motivation for opening a restaurant? “To serve and unite my people around one of the most basic and powerful things in life: food.“

“If the ideas are clear enough and the food is good enough, the veneer is going to be good enough no matter what it looks like.” –Christian Puglisi, chef and owner of Relae and Manfreds in Copenhagen, Denmark, on the evolution of fine dining and the ethos of his restaurants.