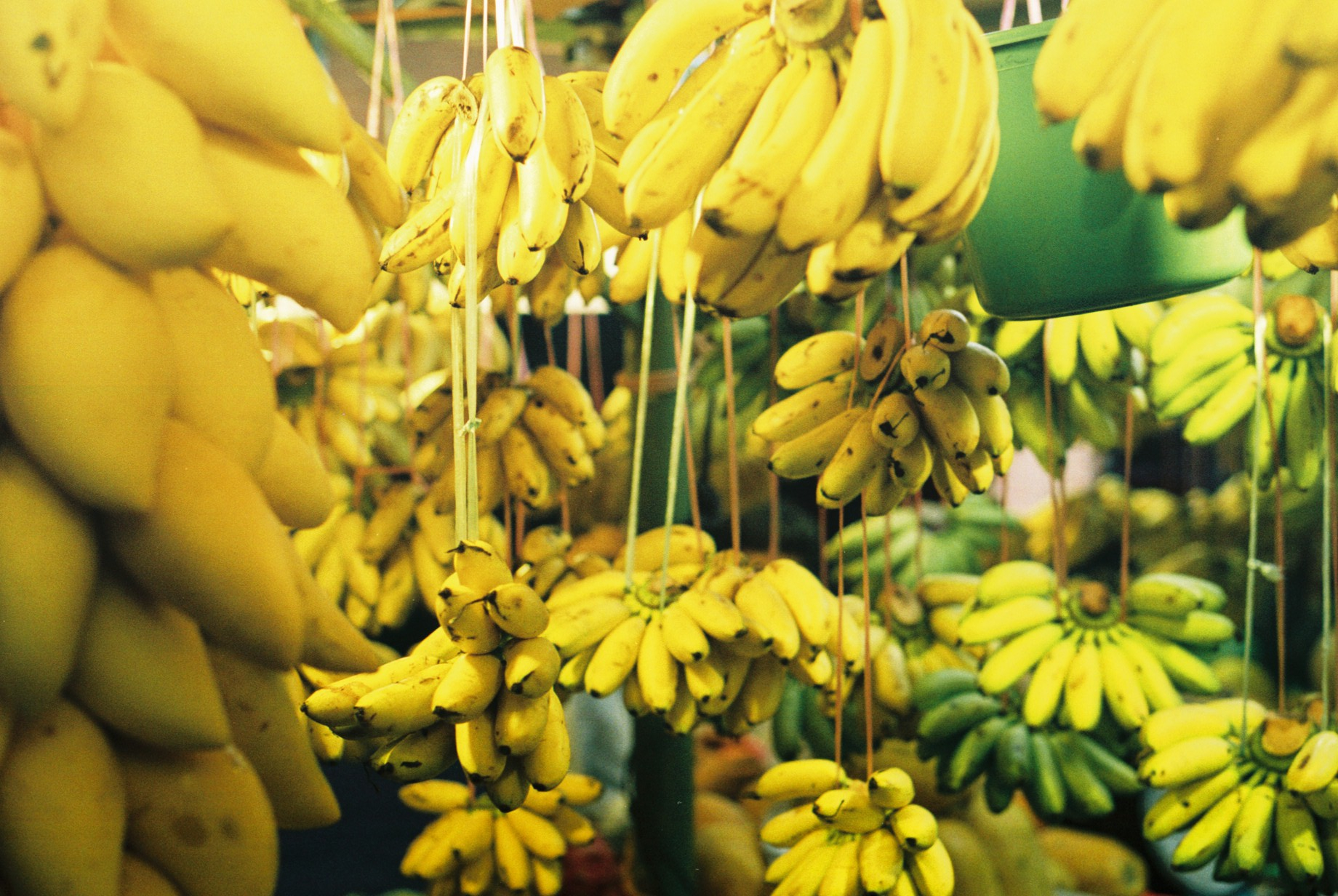 Among fruits, bananas enjoy huge popularity. The Market and Policy Analyses of Raw Materials, Horticulture and Tropical (RAMHOT) Products Team even reported that within the U.S. in 2012, per capita banana consumption was calculated at 13.8kg [1]. The humble banana even reigns as the main fruit in international trade, according to the Food and Agriculture Organization of the United Nations (FAO) [2]. But as a flavor? Banana candies are often the last flavor left in the bowl.

The disparity between the pleasant and sickening feelings which banana flavoring can invoke lies in the intricacy of banana flavor chemistry. The fruit itself contains a mixture of volatile compounds that are responsible for its characteristic flavor. Up to 42 molecules have been identified to contribute to the aromatic profile of bananas [2]. Each of these molecules, when isolated, has been reported to give off their own unique scent [2,3]. Most of the scents are described as floral, sweet, and generally fruity, which are expected when analyzing aroma compounds derived from bananas. However, there are a few volatile compounds that emit odors not usually associated with bananas. For instance, eugenol, one of the significantly abundant aromatic compounds found in bananas, smells spicy, like cinnamon [2,3].

Chemical complexity is one explanation, as there are 30-40 other aroma compounds that contribute to natural banana flavor. Additionally, in a ripe banana, although isoamyl acetate is one of the key molecules in banana aromatics, it is found in small amounts compared to the other volatile compounds [2,3]. Yet, even though isoamyl acetate is not the most abundant compound in the aromatic profile of bananas, it is a heady flavor on its own: this molecule can be tasted in concentrations as low as 2 parts per million [4].

So, maybe a banana-flavored Laffy Taffy contains a higher concentration of isoamyl acetate than an actual banana. Until scientists and flavor chemists figure out how to make banana-flavored foods actually taste like bananas, at least the yellow Laffy Taffy has its small but dedicated fan base.

Why Do We Bother to Eat Bitter?