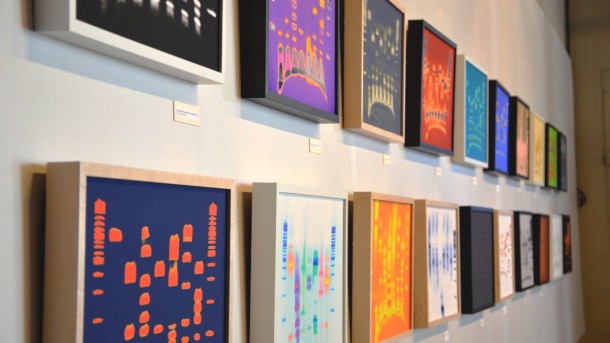 Dash Masland was a marine scientist who switched over to beer brewing, using her scientific background to create artworks of the genetic barcodes of the different yeast strains used in various breweries. Over at Vanderbilt University, the Bellan research group is making strides in regenerative medicine using cotton candy and gelatin.
END_OF_DOCUMENT_TOKEN_TO_BE_REPLACED

Among life’s simplest joys: smelling freshly baked cinnamon rolls wafting through the kitchen, sliding the tray of artfully coiled pastries from a warm oven, and marveling at their golden crust and fluffy interior. An ideal cinnamon roll features a potent cinnamon-sugar mixture oozing in sticky spirals. It’s often topped with a generous smear of tangy cream cheese icing that’s tempered with notes of orange peel and vanilla, sweet and rich enough to catapult you back to childhood. While the filling and icing are notable qualities, what really makes or break a cinnamon roll is its texture. Cinnamon rolls may simply serve as a vehicle for sugar and icing, but their bready foundation boasts an often-understated value. Imagine greedily lunging for a roll and biting into it, only to discover that it’s a rock-hard spiral of disappointment, instead of an airy and delicate pastry with a tender crumb. The science behind the texture of a perfectly fluffy cinnamon roll lies in the yeast. 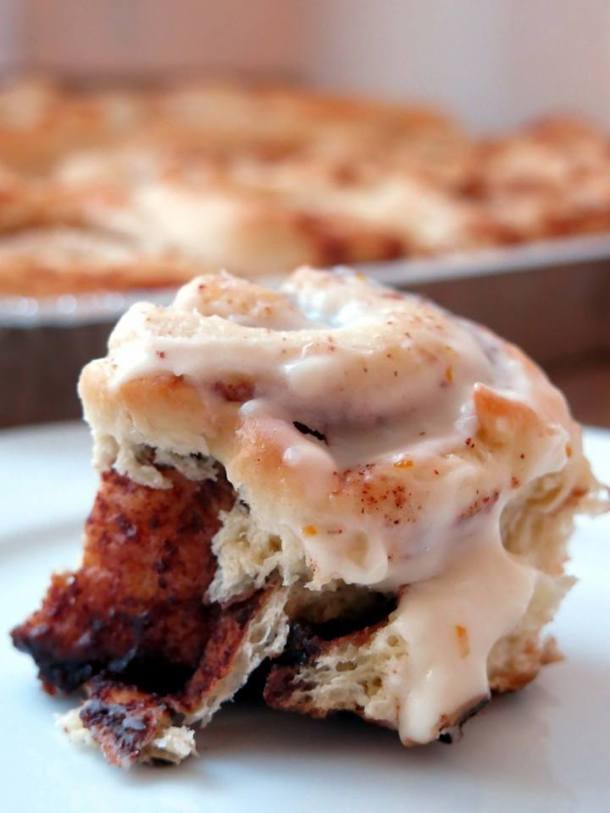 When you’re browsing the baking aisle in the grocery store, you may be overwhelmed or confused by the sheer number of different forms of yeast available—you’ll find loose granules in packets and jars, bricks, discs, and fast-rising, instant, or active dry. Despite the multitude of forms the yeasts can come in, they’re all merely purified and processed versions of the same organism. Saccharomyces cerevisiae, or baker’s yeast, is a microorganism used in professional and home kitchens alike primarily as a leavening agent for baked goods (1).

The three most commonly/commercially available forms of yeast are: 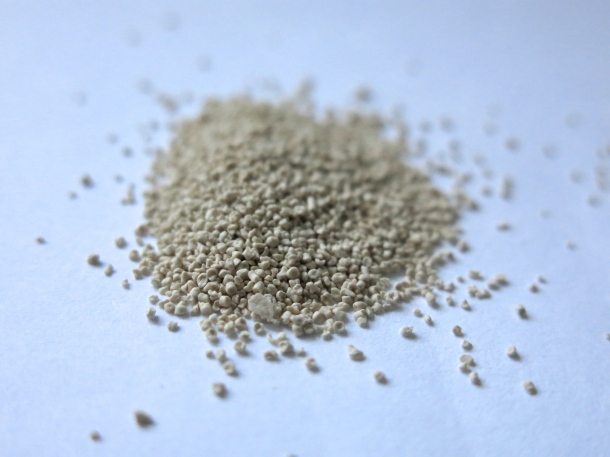 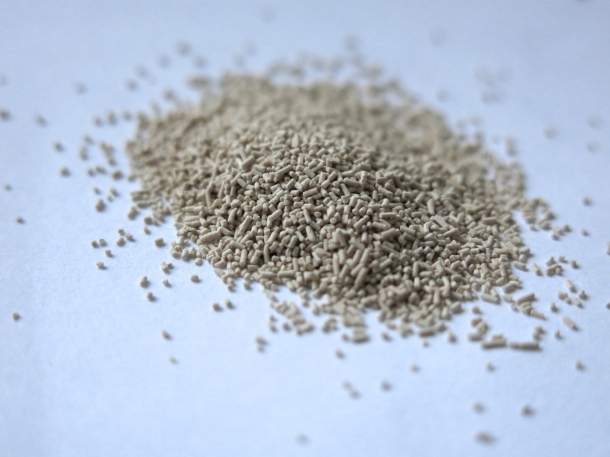 How does this tiny organism transform a dense blob of dough into a puffy masterpiece? To harness its leavening power, we rely on the phenomenon of fermentation. In the first steps of bread baking, water, yeast, flour, and salt are combined. Kneading hydrates the flour and after just a few minutes of manipulation, the dough becomes noticeably stretchier and more pliable. Water enables individual protein molecules in the dough, glutenin and gliadin, to link together to form long, elastic chains of a protein called gluten. These individual gluten strands combine to form a mesh-like network which gives bread its structure and chewy texture (2). Meanwhile, the addition of water also activates enzymes in the flour known as amylases which break down the flour’s starches into simple sugars, providing food for the yeasts (3).

The yeasts feed on these simple sugars and convert them into ethanol and carbon dioxide gas (CO2). This is where the magic begins. As carbon dioxide is released into the dough, it becomes trapped in the gluten matrix. As more and more CO2 bubbles form, the protein network stretches, inflating the dough. Depending on the recipe, dough can spend between an hour to several days rising and can expand two to four times its original size. This initial rising step is often referred to as bulk fermentation.

Like many other types of yeasted breads, a classic yeast-based recipe for cinnamon rolls calls for two rising steps. After the dough has been kneaded and has undergone bulk fermentation, it’s time to roll out the dough and shape it to prepare it for the second rising step, known as proofing. Many recipes for yeasted breads will instruct you to “punch down” dough after the initial rise. In this step, we turn and fold the dough, fill it with a cinnamon-sugar mixture, shape it into coils, and allow them to rise into bloated versions of their former selves (2). This “punching down” or turning step serves a couple of purposes: it stretches the gluten and expels excess CO2 buildup trapped in the dough from the bulk fermentation step, which can inhibit any further yeast activity. Handling the dough at this stage also redistributes yeast, moisture, heat, and sugars throughout the dough for optimal lift and flavor.

A noteworthy point: while our goal is to encourage yeast proliferation and to optimize the production of CO2 and flavor molecules, bakers should be cautious of overfermentation. If yeast fermentation happens too rapidly or continues for too long, gas bubbles can overinflate and burst, causing our dough to collapse (3). The excess of CO2 can also cause the yeast to leave behind many unwelcome tasting flavor compounds and the bread may end up tasting like alcohol.

In our final phase, our twice-risen dough is placed into the oven. Once inside, the dough experiences one last rise thanks to the high heat. The heat causes CO2 present in the dough to expand and for about the first ten minutes in the oven, the rising temperatures stimulate a rapid burst of activity in the yeast, causing them to produce even more CO2. Water and ethanol byproducts in the dough will also expand during heating. This causes the bread to rise dramatically in the oven a phenomenon known as oven spring (3). Eventually, the CO2 and alcohol are expelled from the bread and the yeast cells succumb to a dry, hot death once temperatures exceed 140°F (2). 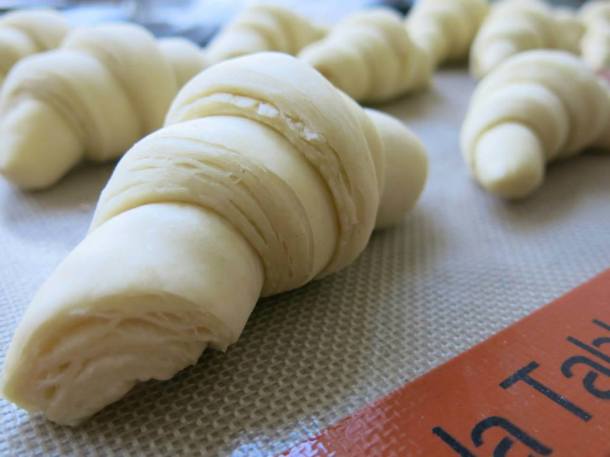 Behind a cinnamon roll—or any kind of yeast bread —lies an intricate chemistry involved in its creation. Without the wonders of yeast and fermentation, bread wouldn’t exist as we know it today.

About the author: Mai Nguyen is an aspiring food scientist who received her B.S. in biochemistry from the University of Virginia. She hopes to soon escape the bench in pursuit of a more creative and fulfilling career. 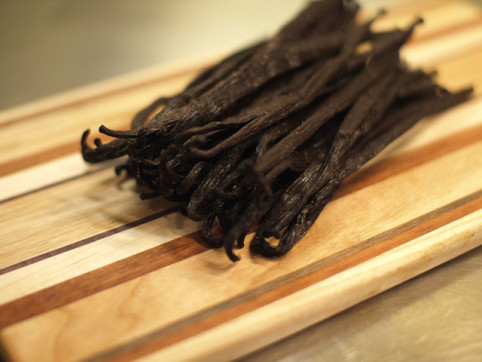 The vanillin (major flavor compound in vanilla beans) found in most food products on the market is derived from a three-step synthetic process that converts the molecule guaiacol to vanillin. Both natural and chemical methods for this conversion has shown to be expensive and environmentally burdensome, but biotech company Gen9 is providing a more promising route to synthesize vanillin that begins with glucose, using yeast to “ferment it just like beer.” David Chang of Momofuku and microbiologist Ben Wolfe further elaborate on how microbes may very well be the future of food.
END_OF_DOCUMENT_TOKEN_TO_BE_REPLACED 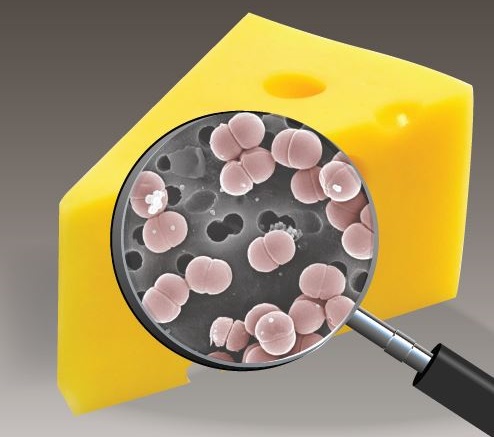 Researchers at the American Academy of Microbiology answer the FAQs of cheese-making and Carl Friedrich Gauss, a famous 19th century mathematician, explains the best way to hold a pizza slice–using math, of course.
END_OF_DOCUMENT_TOKEN_TO_BE_REPLACED

Celebrating St. Patrick’s Day with a frosty glass of beer? Before taking that first sip, consider these quick facts about the science behind the many complexities in beer flavors. Now that’s something to raise your glass to! END_OF_DOCUMENT_TOKEN_TO_BE_REPLACED 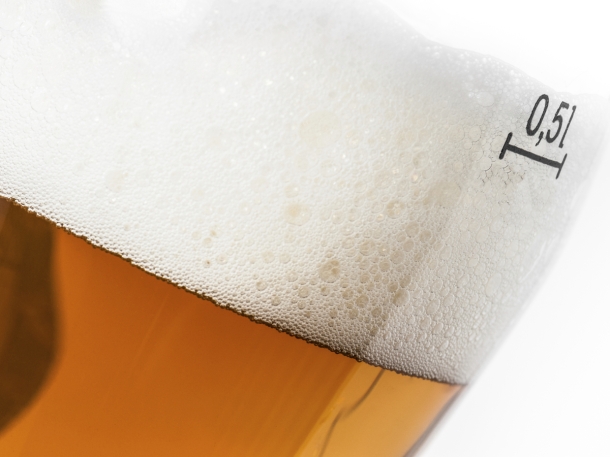 Want beer foam that doesn’t dissipate right away? Microbiologist Tom Villa made a genetic discovery in yeast that could create beers with longer-lasting beer foam. This yeast, however, doesn’t quite affect the taste, so find out where beer flavor comes from.
END_OF_DOCUMENT_TOKEN_TO_BE_REPLACED 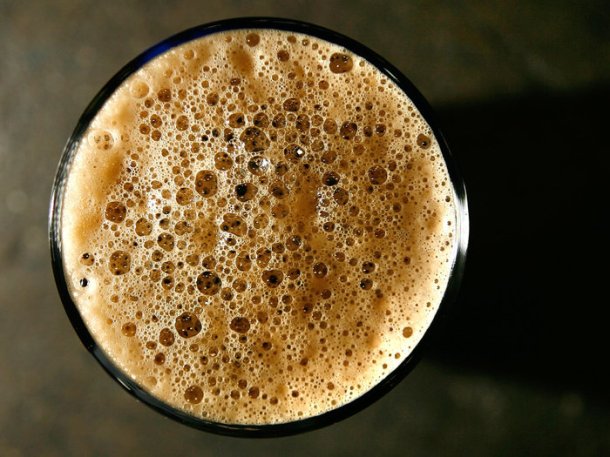 With all this talk of Human Cheese, we’re thinking—and reading!—a lot about the microorganisms in cheese and in our bodies. In this week’s round-up, researchers discover “secondary flora” that contribute to Stilton’s unique smell, and Michael Pollan investigates our symbiotic relationship with the microbes within us. END_OF_DOCUMENT_TOKEN_TO_BE_REPLACED