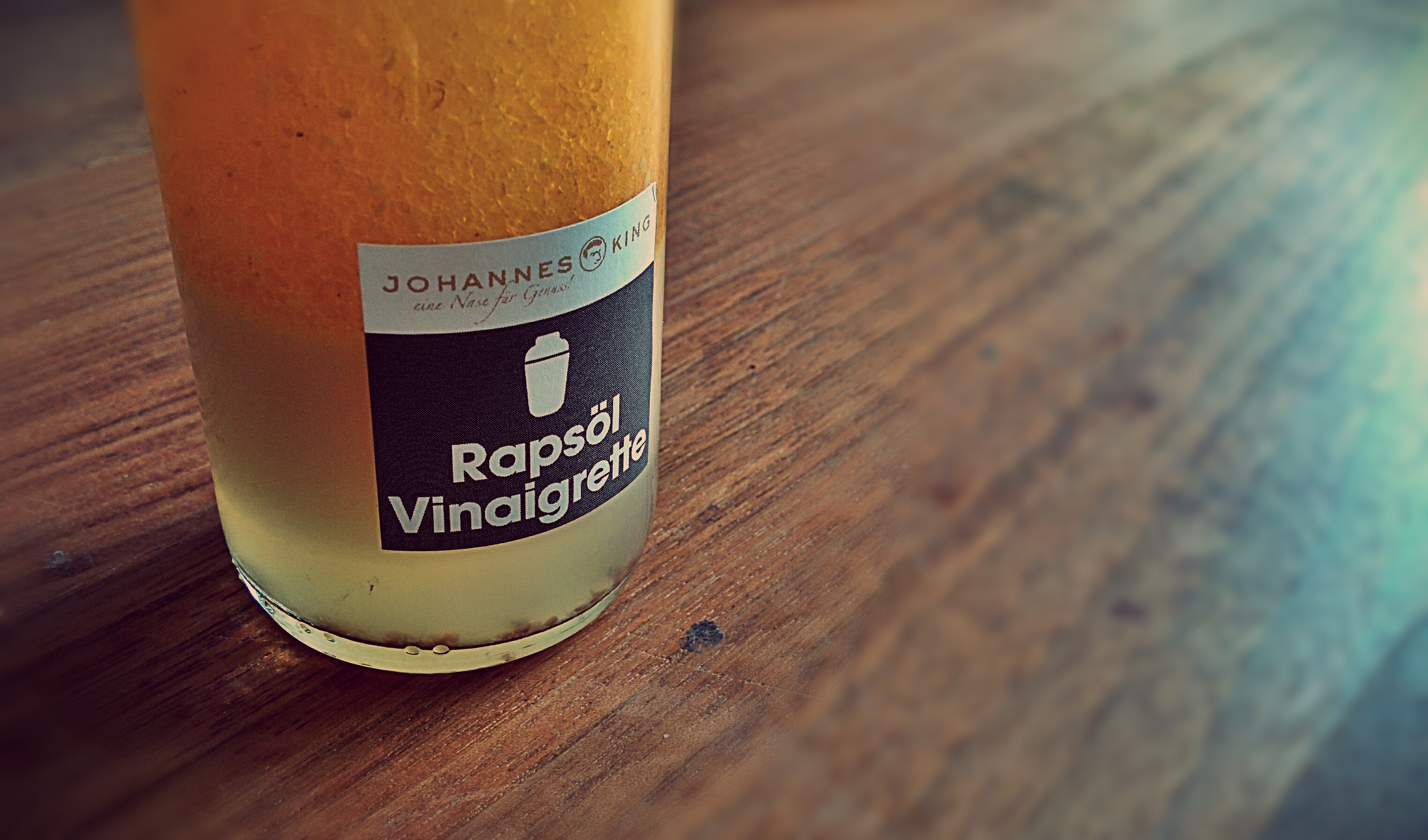 Homemade vinaigrettes are about as easy as they look: mix oil, vinegar, and spices; shake before pouring. For those who want vinaigrettes without the inelegant step of shaking before serving, the solution is simple; add an emulsifier.

Understanding the role of an emulsifier first requires some familiarity with the primary components in vinaigrette, vinegar and oil. Vinegar is composed of acetic acid and water, which are polar compounds. In a polar molecule, one or a group of atoms have a stronger pull on the electrons in the molecule. Due to this uneven share of electrons between the atoms, weak charges form on opposite ends of the molecule [Figure 1a]. The weakly positive and negative charges on the polar molecule are called dipoles. Oil, on the other hand, is a type of lipid, which is a nonpolar compound. Since the atoms within the lipid are largely identical, the electrons are evenly distributed across the lipid molecule [Figure 1b]. Therefore, nonpolar molecules do not have such well-developed dipoles.

In solutions, compounds follow the chemistry fiat, like dissolves like. Polar molecules only interact with other polar molecules. Likewise, nonpolar molecules prefer to be surrounded by other nonpolar molecules. When a polar solution, like vinegar, is vigorously mixed with a nonpolar solution, like oil, the two initially form an emulsion, a mixture of polar and nonpolar compounds. However, this emulsion is unstable and will very quickly form layers in what’s known as phase separation. The solutions separate into layers according to their respective densities due to an aversion to each other. (In this case, because oil has a lower density than vinegar, it happens to be the layer floating on top.)

To prevent phase separation, an emulsifier can be added to the vinaigrette to stabilize the emulsion. Emulsifiers are amphipathic compounds, meaning the molecule has both a polar and nonpolar section [Figure 2]. Common food emulsifiers include egg yolk, soy lecithin, garlic, and mustard. Egg yolk contains the emulsifying agent lecithin. The vegan version is isolated from soy and is thus known as soy lecithin. Lecithin is a commonly used emulsifier in many other food products, such as chocolates, mayonnaise, and Hollandaise sauce. Amphipathic compounds found in garlic include diallyl sulfide, allyl methyl disulfide, and diallyl trisulfide [1]. Mustard, the condiment, is made from mustard seeds. Emulsifying agents in the condiment, such as the pectin rhamnogalacturonan, originate from the mucilage of mustard seeds, a thick, glutinous layer that surrounds the seed hull [2,3].

a) Lecithin is an example of an emulsifying agent. b) Emulsifying agents stabilize emulsions by interacting with both the polar and nonpolar compounds. (b) adapted from Ioana.Blog.

So with a helping hand from emulsifiers, homemade vinaigrettes can still be as simple yet elegant as they seem, and best of all, ready to serve whenever.

Fair Food: The Science of Deep-Frying