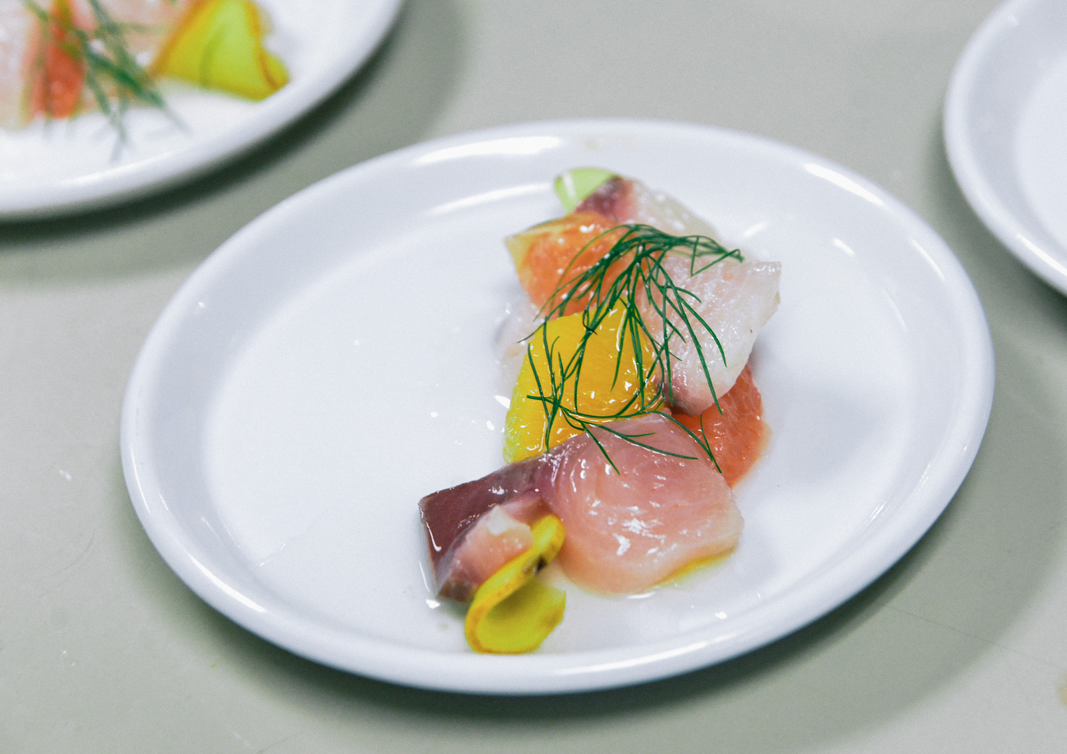 Imagine yourself in elementary school parading through the auditorium during your school’s coveted science fair. You round the corner, nearly knocking over the perfectly aligned row of tri-fold poster boards, when you happen upon the fair’s pièce de résistance. Suddenly, science has never been so cool. It’s an erupting volcano! You’re ooh-ing and ahh-ing as you watch the “molten hot lava” spew out from the angry papier-mâché mountain. You inquire about the sour smell in the air and are told by your classmate that this tabletop magic was nothing more than a perfectly planned mixture of vinegar and baking soda.

Vinegar is an aqueous solution that contains acetic acid and water. Historically, vinegars were often produced by exposing wine to contamination by harmless, airborne bacteria known as Acetobacter. Drosophila melanogaster, a geneticist’s model friend, commonly known as the fruit fly, is regarded as a potent vector for the propagation of the bacterium. This particular strain of bacteria facilitates the conversion of ethanol, through aerobic oxidation, into the major component of vinegar: acetic acid. Water is often added to commercially available vinegars to make the substance more suitable for household handling and consumption [1].

The volcano experiment is a simple case of an acid-base reaction where the baking soda, a sodium bicarbonate (NaHCO3), reacts with acetic acid (C2H4O2) in the vinegar to produce an intermediate product known as carbonic acid (H2CO3). The intermediate decomposes and is converted into a carbon dioxide (CO2) gas, which rapidly escapes from the solution accounting for the reaction’s eruptive characteristic [2].

But enough about chemistry, what about the food?

Vinegar has a plethora of culinary applications and serves as an effective food preservative and delicious sour condiment. From soup dumplings to pickles, vinegar is here to stay! Quite literally, the acidic characteristic (pH less than 4) of vinegar prevents harmful bacterial growth that allows for an extended, indefinite shelf life. So store your vinegar properly and you will be able to keep it for a very long time!

The variety of vinegars is limitless and can be made from virtually anything that contains sugar. Alcoholic fermentation involves the conversion of carbohydrates into ethanol, which can later be converted into acetic acid. One of the most widely available vinegars in the Philippines is coconut vinegar and is made from fermented coconut water. It is typically used to tenderize meat, which is accomplished when peptide bonds in complex protein structuresare disrupted. But it often served as a side condiment to season many different dishes.

Two of my favorite Filipino dishes are called (I) KINILAW (key-knee-lauw) and (2) SISIG (see-seg) and are both prepared with ample amounts of vinegar. The kinilaw is a style of ceviche that infuses ginger and relies on the acidic nature of vinegar to “cook” the fish used in the dish. Lastly, sisig is popular dish in the city of Pampanga and translates to “to snack on something sour”. It is often served with sizzling vinegar marinated pork belly, spicy chili peppers, fresh red onions, cracked egg and native limes to add additional sourness.

I recently prepared dinner for 30 friends for my project called PATAO and shared these two delightfully vinegar-y dishes with them! Thankfully no one was a sourpuss and received the dishes with much joy. Check out their reactions here: