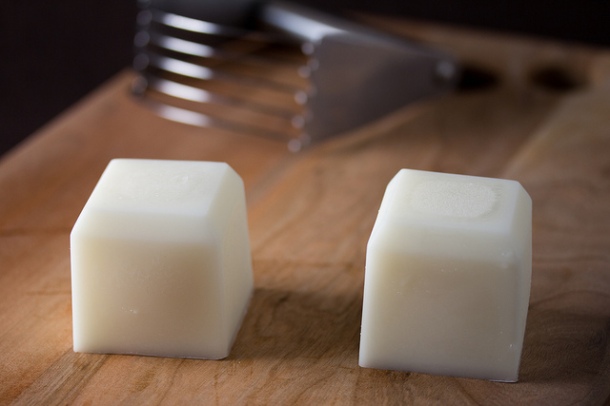 For the health-conscious members of society, there are several food fiats: thou shalt avoid high fructose corn syrup, steer clear of ingredients that sound like they could be found in jet fuel, and fear partially hydrogenated oils. Oil in and of itself is not inherently bad; how does adding hydrogen to transform it into the bane of all processed foods?

The general term “hydrogenation” refers to the “reaction of hydrogen with an organic compound.” The term organic compound refers to any molecular compound that contains carbon atoms. The process used to modify oils is technically known as “catalytic hydrogenation,” since it takes place in the presence of a catalyst, which helps speed up the reaction.

Hydrogenation is typically used to improve the flavor stability and keeping qualities of oil. An unhydrogenated oil can turn rancid because its unsaturated carbon atoms are free to bond to oxygen atoms from the air, forming peroxides, which give rancid fats their “off” flavor. Sometimes oils, particularly vegetable oils, are only partially hydrogenated. Complete hydrogenation creates a product containing only saturated fats, which typically has a solid and waxy consistency that is not appropriate for cooking, baking, or eating. Fully hydrogenated vegetable oils would resemble candle wax and have a melting point above 60°C [1].

So how is oil hydrogenated? Typically, a mixture of refined oil and finely powdered nickel (the catalyst) is pumped into a large capacity cylindrical pressure reactor. Heating coils heat the oil to 120-188°C (248-370°F) at 1-6 atmospheres pressure [1]. Hydrogen gas is pumped into the bottom of the reactor, and everything is continuously stirred to distribute the rising gas bubbles throughout the liquid oil. The high temperature, pressure, and the presence of the catalyst ensure that any carbons in the oil that are not at their full hydrogen bond capacity (the “unsaturated” carbons), form new chemical bonds with the hydrogen atoms, thus becoming more and more “saturated” with hydrogen. As they become fully hydrogenated, the oil molecules begin to straighten out and stick to one another, causing the liquid oil to solidify [2]. 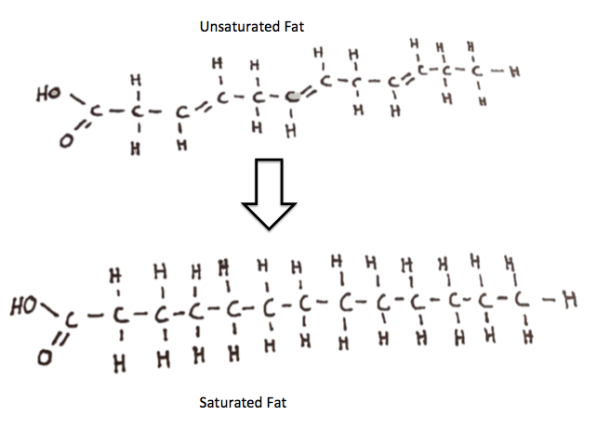 What could be so bad about adding hydrogen atoms to oil molecules? With each hydrogen that is added to the molecule, one of the fat’s carbon-carbon double bonds is replaced with two new bonds, each to a hydrogen atom. If we continue this process until there are no more double bonds left, we would have a completely saturated fat. Because saturated fats are more linear, they stack up upon each other all too well, and can increase body cholesterol levels.  If during hydrogenation the fat molecule is left with one or a few double bonds, the molecule takes up either a trans or cis configuration. As you might have guessed, this is how the infamous trans fat comes to be. Both hydrogen atoms occupy the same side of the double bond, forcing the molecule to kink at the bond. In a trans fat, the hydrogens transverse the double bond, and no kink forms. It is a microscopic difference, but one that has profound effects on their biological roles. Several studies have demonstrated that consuming specifically more trans fats increases risk of cardiovascular disease. [5] 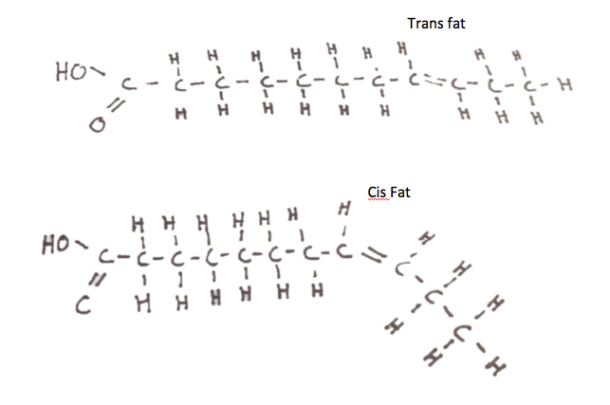 But hydrogenation is not restricted to humans with access to pressure vats. Microorganisms that live in the rumen of cows and other ruminants can “biohydrogenate” fats without any fancy pressure vats or catalysts [3]. 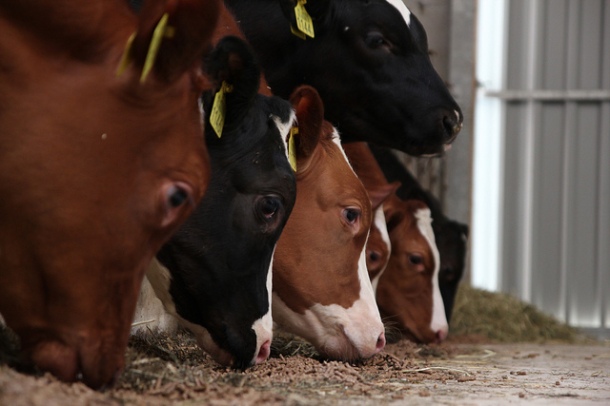 Scientists who study fats have long known that fats in the tissues of ruminants are more saturated than those of nonruminants [3]. Grass and other typical ruminant feedstuffs are rich in unsaturated fatty acids, yet these fats are only present at low concentrations in meat and milk.

When food enters the rumen (essentially a large fermentation vat intended to break down the animal’s fibrous meals), gut microbes catalyze a range of chemical transformations. For example, ruminal microbes transform lipids through both lipolysis and biohydrogenation.

Because of this biohydrogenation, dairy products typically contain 5-10% trans fatty acids [2], which are consumed by anyone who drinks milk or eats butter, tallow, or beef. It is important to note, however, that the predominant trans fatty acid in ruminant fat (vaccenic acid) is not the same as the predominant trans fatty acid produced by hydrogenation of vegetable oil [2]. High consumption of trans fats from industrial hydrogenation are well documented as being linked to cardiovascular disease, while clinical and rodent studies of vaccenic acid have not documented such a strong correlation. [4] These ruminant fats may even protect our hearts from these diseases, but further research is necessary.[5]